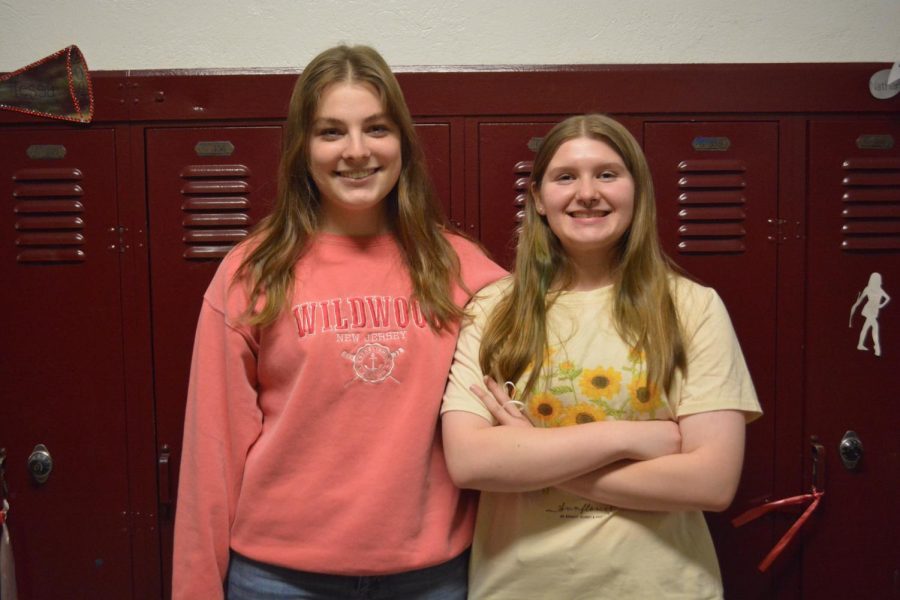 Vanessa Biddle, Senior and Emily Lucas, Junior posing in celebration for getting into District Band. If you get into District Band, you have the opportunity to go to Regional Band if you audition and qualify. Band Director Mrs. Katelynn Reichard said,“I’m really excited for them.” It was really hard for them to get in; there were 30 people competing and they both practiced endlessly and their hard work shows.

Last year District Band was virtual and they had to make do. This year it’s also virtual but they can meet in person. Vanessa Biddle, Senior and Emily Lucas Junior got into District Band. Their hard work has paid off from the year before and past months.

Biddle said, “It felt incredible to have my hard work pay off. I love playing music in a large concert band setting, so District Band is something I am very excited to be a part of.”

Lucas said, “It felt good knowing that I tried my absolute best and was able to put my skill to use.”

A step towards accomplishment is having passion for what you’re doing.

Biddle said “I was absolutely ecstatic to find out that I got into Districts. I have so many friends and memories at past PMEA festivals, so I am very glad that I have the opportunity to do this again.” While the company can be great, it’s important to have self confidence, to focus on themselves so they can do better in the upcoming practices and months.”

Lucas said “I was a tad bit surprised but extremely happy, I look forward to this awesome opportunity.”

No good musician can have their work pay off if they don’t practice. Biddle spends several hours on her music in order to perfect her audition and notes. Lucas tries to practice each day but usually practices an average of three hours a week. It’s also important to have goals and objectives to get to.

Biddle said “ My goal was to get into Districts because the last band festival I planned to attend was Regions in Spring 2020 which was canceled due to COVID-19.”

Lucas said “My goal was to get into districts and I couldn’t be happier!”

There are a lot of things to practice for to get into Districts and Biddle performs two scales; a chromatic scale and an excerpt from Mozart K622 Concerto. Lucas also learned the major scales and chromatic scales. Both have been working endless hours and awaiting the day for the news to arrive.