Kwanzaa celebrated by many students 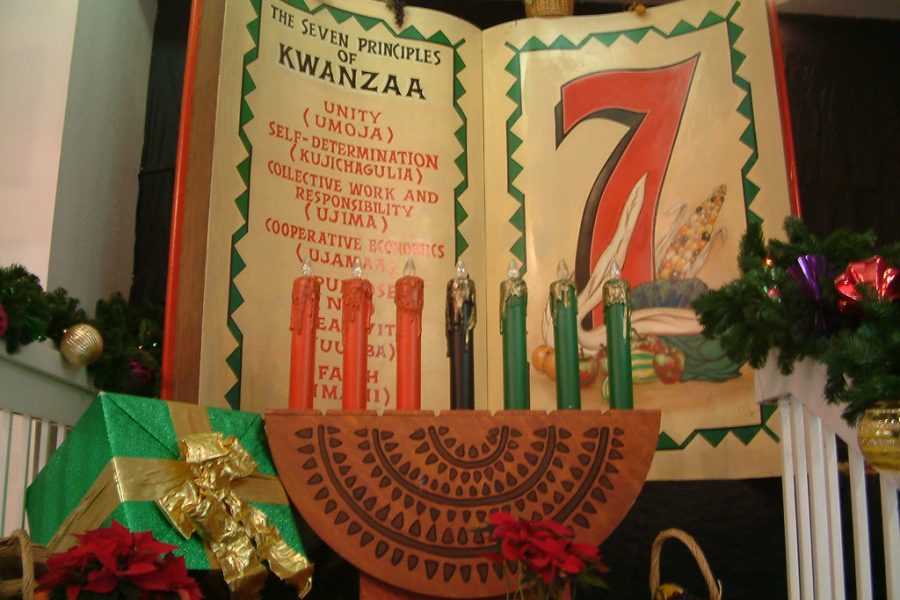 Kwanzaa is a secular holiday celebrated by African American families as well as communities of African descent. It is celebrated for seven days after Christmas with a kinara and a feast. Junior Aminatu Dumbuya says, “Tradition is a good thing because you know where your parents and ancestors come from which I think is a cool thing. Tradition can be preserved by respecting the rules, and telling the story to generations and generations after.”

Besides Christmas, there are a variety of other holidays families celebrate in the month of December. With America being a melting pot with diverse languages and cultures, there is an endless amount of holidays to celebrate.

Kwanzaa is a holiday celebrated by African American families as well as communities of African descent. This is a holiday my family celebrates and it is held the day after Christmas, as it celebrates life, family, community and culture.

For many, Kwanzaa is a universal celebration of their African heritage and traditions. Many families come together on this holiday, to honor their ancestors and share a feast. I received some perspectives on the meaning of holidays and most students felt similarly.

Junior Aminatu Dumbuya says, “I respect people who do celebrate Christmas but since I am a Muslim, it doesn’t mean much to me. Kwanzaa is a pan African holiday that lasts for 7 days that is established as a means to help African Americans reconnect with their roots and heritage. I think it is important for people who don’t know their roots and heritage to get some connections. The holiday might be important for African Americans who don’t know about their culture.”

Although she doesn’t celebrate the holiday, senior Tanya Johnson expresses the importance of African-Americans having their own holiday.

She says, “Kwanzaa can mean a lot of different things to other people- but to me, it’s a celebration of African-Americans because not everyone in the world celebrates Kwanzaa. I believe it is important to celebrate holidays like these because of how important it is to the people who celebrate them. African-Americans deserve to have their own holiday.”