“After We Collided” has students buzzing 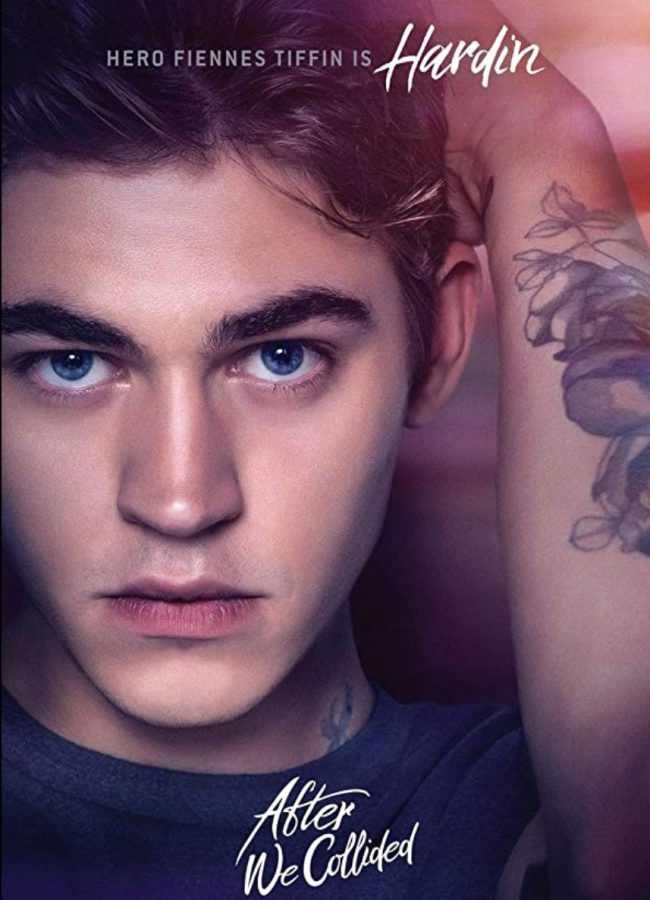 Photo from “After We Collided”

Hero Finnes Tiffin plays Hardin Scott in the new romance film of October 2020. “After We Collided” premiered on October 23rd. Junior Alex Blum said, “I loved the movie but hated the ending. I just wanted everything to be okay in the movie and it was always the opposite.”

Loyal and dedicated college student Tessa Young and rebellious party boy Hardin Scott appear in “After We Collided”. Sequel to the first movie “After” and based off of the 2014 adult fiction novel, Young and Scott find themselves struggling to keep their romantic relationship alive because of new obstacles and the past being thrown at them. With Tessa having a new job working with the intelligent Trevor Matthews at Vance Publishing, tensions between Tessa and Hardin rise.

Fans have been waiting for the sequel to this movie since “After” left them on a cliffhanger wondering if Scott and Young would ever get back together. As soon as the producers announced there would be a sequel to “After,” excitement was in the air for loyal viewers of the film.

Aside from the movies being out, a lot of students still read the book and enjoyed reading how the film was constructed.

“I like how the movie was more like the book, as many have said. It truly showed how both Tessa and Hardin were toxic in their own ways, but tried to become better for each other,” said senior Rachael Hoy.

Junior Faith Eckley said, “I watched “After We Collided” with Abbie Motto. We really liked it and thought it was a good movie. I read the book and it didn’t do it justice in my opinion.”

Many students were excited for the release of the sequel and thought the movie was enjoyable.

Freshman Emma Seiger said, “The movie was great. It was definitely in my top 5 and I liked it a lot more than the first one.”

“The movie was a little graphic at points but definitely a 10/10. I thought it was so good,” said sophomore Mia Jones.

Confidence and being able to defend yourself against others was displayed by the actors in the film during several party scenes. There were also romantic elements shown throughout.

Senior Joei Najunas said, “I like the romance and the well thought out plot. I think the continuation from the first movie to the second was smart. I especially liked when Tessa stood up for herself and roasted Molly at the party.”

Annoyed by the fact that the “After” or “After We Collided” aren’t Netflix originals, several fans who wanted to watch it were unable to with the fact that the new movie didn’t appear on Netflix. Google play and Amazon prime are a few ways to watch the movie.

Junior Emilee Rose said, “I was planning on watching it this weekend, but the movie wasn’t on Netflix. It makes me kind of upset because I was looking forward to watching it.”

According to many viewers, there were some things that the movie could definitely improve upon.Some were outraged with the messy storyline, strange acting, and the feeling that clips were just randomly placed.

“The one thing I didn’t like was that the acting seemed a bit off. It seemed a little less quality than the original After movie. I still enjoyed the movie as a whole,” said Senior Rachael Hoy.