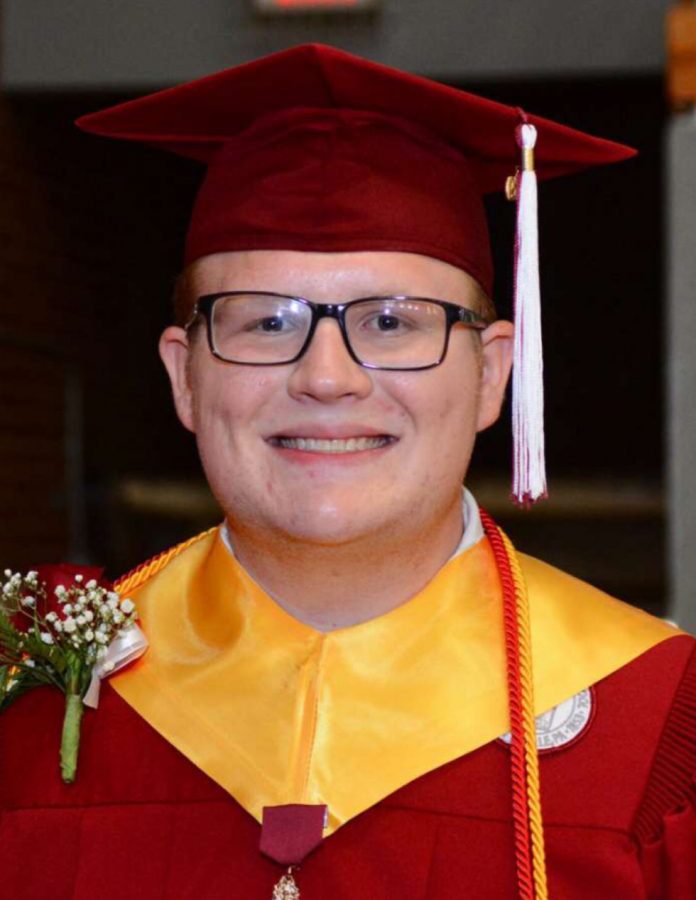 Graduate John Hannaway was diagnosed with cancer on November 4th, 2019. Yet, he never lost his positive attitude. “Going into the surgery, I was extremely scared, but I was comforted by the number of prayers and support I received from my Pottsville family. Knowing I had such a large support system made every step of the way so much easier,” Hannaway said.

In our school, 2019 graduate John Hannaway is a well recognized name. From raising about 3,000 dollars to buy Christmas presents for poor families, to leading the band as band president, salutatorian, it would be hard not to know of him.

On November 4th, Hannaway was diagnosed with testicular cancer. He didn’t know he had it until he started having pain. To see if everything was okay, he went to the doctor at Wilkes University, where he goes to college. His doctor thought it was a bacterial infection, so she prescribed antibiotics that didn’t do him any good. Two weeks later he went back to explain that antibiotics didn’t help his pain, so his doctor made an appointment with a urologist. When he went to see the urologist, that doctor ordered an ultrasound and blood work. After getting blood work and ultrasound, the urologist diagnosed Hannaway with testicular cancer.

“The day prior to being diagnosed, I felt the tumor, so I wasn’t a total wreck in the doctors office, but I was extremely upset,” Hannaway said.

Hannaway informed several in the school district and close friends of his cancer. He remained optimistic and with a smile on his face. The students, faculty, administration, and the staff of the school district were very supportive of John, along with the band giving Hannaway a card to show they care, and countless donations towards him.

On November 8th, Hannaway had surgery to get the tumor removed.

Hannaway was overwhelmed and shocked at how much people cared for him and how he has inspired so many students and teachers.

“John Hannaway has always 100 percent believed in me and my abilities no matter what. He is always there for me in everything I do,” said Junior Grace Mongrain.

For the four years Hannaway was in high school, he participated in Penny-A-Week year-round. Going above and beyond the effort of most, he bought boxes of candy to sell to raise more each year than the last. This money went towards children of families who can’t afford toys. To return the favor, teachers in the school district have been selling candy to give money to Hannaway to cover his medical costs.

Students can let Hannaway know that they’re thinking of him by messaging or contacting him on social media. @john_hannaway via Snapchat and @jhannaway0 via Instagram.