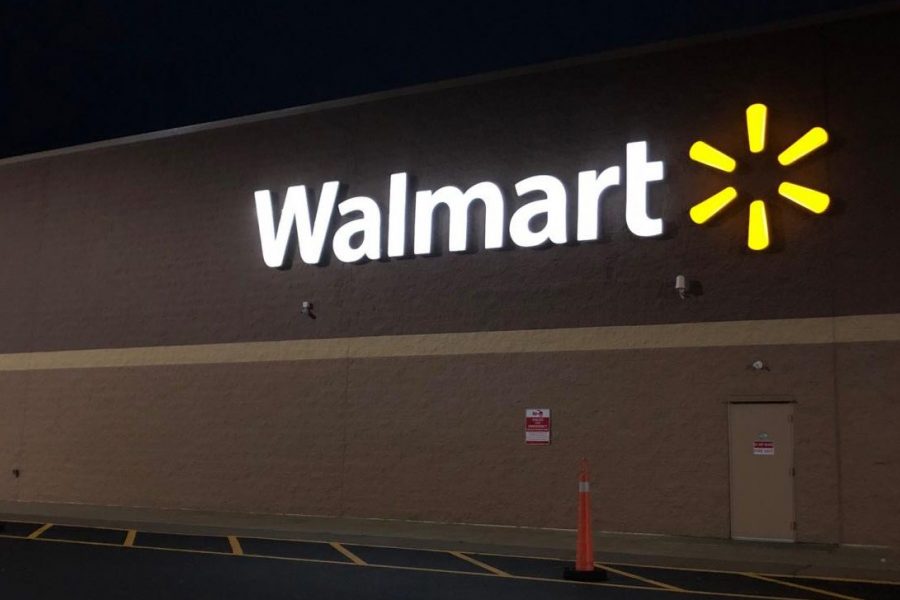 The Walmart sign shines bright in St. Clair, Pennsylvania. There were rumors that the store was closing but they were proven false. “It would greatly affect the economy if the store closed,” said Naomi Brode

According to channel24news.com, “The Walmart in Saint Clair says it will be closing doors in late December after the seasonal shopping. Walmart officials stated that the store will be forced to close due to severe sinking in the north east corner. Officials say that the store sank 1.5 inches in the first two years and continues cracking.”

Walmart, a store that we have all been to at least once in our lives. A store where we are able to purchase groceries, electronics, movies and much more turns out to be just another place that closes. Well, I mean that’s what we thought.

Naomi Brode, Sophomore feels that the store is crucial to the local economy. She said, “People go to Walmart for everything. It would directly affect the economy if the store closed.”

Vanessa Biddle, Freshman, feels differently about the store.  “I would be okay with it closing because I feel like it’s a really weird place. It’s great that the store hires people who wouldn’t have a chance at other places just to give them an opportunity, but I’ve had some really unusual experiences with the workers. I overall don’t enjoy going there.”

Cassidy McDonough, Sophomore, also gave her opinion.“ I would be kind of disappointed because Walmart is where I go when I can’t go somewhere else to do my shopping. My view on Walmart is that it’s a great place. I think the community would be disappointed considering lots of people go there to buy things. I don’t think we would lose money if it closed.”

Fake news is a type of propaganda or yellow journalism source. It is purposely meant to trick you and draw your attention away from what is true. That is basically what happened when rumors started about Walmart closing. I don’t want to get into politics, but in the political world, fake news is sometimes called biased news. If it’s biased, then it’s fake according to some.

To make things clear, no, Walmart is not closing. However, I interviewed a couple of students at Pottsville to hear their opinions on the issue.

So what about that fake Facebook post? Maria Stellar, Store Manager of Walmart, said in a text message, “Not True and that picture is old…we have no blue on the building in years and we just got new paving, new roof, and will be remodeling in 2020. Lol but I could use some time off.”

Regardless of all the fake news about Walmart, it will remain open for years to come. Fake news is an unreliable source and shouldn’t be trusted. Next time you read a story on the Internet, don’t assume it’s true.